Towards the end of the 19th century, gold was discovered in Coolgardie and Kalgoorlie providing an irreversible change of pace in the life of Western Australia. Gosnells was uniquely situated to capitalise on state growth. It produced food for a growing population, had reserves of timber and was ideally located on the Perth/Albany road and the Perth/Bunbury railway.

When the gold rush eased, the population of Perth grew dramatically as many diggers, escaping the harshness of the goldfields, began seeking employment. This influx of people, the trend towards decentralisation and a relatively self-contained and self-sufficient lifestyle made Gosnells an attractive place to live.

As early as 1910, the Catholics of the district of Gosnells were served by priests from Victoria Park who would arrive on horseback. In 1917, the mission area of Gosnells, Armadale and Jarrahdale came under the care of Fr Thomas O’Grady, who later became the parish priest of the Parish of Gosnells- Armadale- Jarrahdale. Fr O’Grady was born in County Limerick, Ireland in 1887, and was ordained in 1912. He had a vision to build a church in the region and later he was able to secure land on Albany Road (Highway). Funds to build the first Church were raised by various bazaars, balls, dances and sport days. Fr O’Grady had a little wooden Church built and dedicated it to St Munchin, patron of his birth-place, County Limerick, in Ireland.

St Munchin (the man) was actually the abbot of a great monastery and school at Mungret where, it is told, he ruled over a community of 1500 monks. Towards the end of his life he retired from the monastery and lived in seclusion at a place round which the city of Limerick afterwards grew. His feast day is 2 January. According to the Principal of St Munchin’s GNS in Ballynanty, Limerick, the name ‘Munchin’ has apparently derived from the Gaelic ‘mainchin’, (mon-cheen), which means ‘little monk’.
The Church in the Gosnells-Armadale-Jarrahdale region was officially opened and blessed on 2nd March, 1919, by Archbishop Patrick Clune.

The Parish of Gosnells
The first Mass celebrated in the new independent Parish of Gosnells was on March 20 1949, being offered by Fr Patrick Carmody, the first Parish Priest. On 3 April, 1949 Archbishop Redmond Prendiville visited the new parish and officially declared it a parochial entity.

Fr Carmody was a man of great vision and his dream was to build a school for the growing number of Catholic children in the area. However, due to building restrictions in the post-war years and the shortage of bricks and other materials, it was impossible to make a start on the venture at the time, even though consent had been given by the State Housing Commission in September 1950.

After securing some bricks from the Midlands brickworks a building committee was set up and the building of the school, as well as a presbytery for Fr Carmody, commenced in 1952. St. Munchin’s Catholic School, was officially blessed by His Lordship, the Auxiliary Bishop, Dr. L. J. Goody on 25 January 1953. Father Carmody (Parish Priest), Sisters Julian Clarke and (Marcella) Gabrielle Blake, of the Sisters of Mercy, ran the school and 59 children were enrolled.

Over the subsequent years, as the parish of Gosnells continued to grow and the number of Catholics increased, the need for a larger church was apparent. Besides a new church, the school needed to be extended. The parish was able to obtain some more land and on 10 November 1963, the first Mass was celebrated in the new Church on Albany Highway. The church was dedicated to Our Lady of the Most Blessed Sacrament. The old wooden church was relocated behind the new church and used as an additional classroom for the school. However, by 1970, the school population had grown and renovations were made to the wooden church to cater for three classrooms. At the time, two Sisters of Mercy and three lay teachers staffed the school.

In 1973, the first St Munchin’s School Committee was formed and functioned as an interim School Board until a School Board, with its own constitution, was elected by the Parish Council early in 1974. Mrs Wilhelmina Damen was appointed as the first lay principal of St Munchin’s School. Her appointment, however, was for only a very brief period. A major upheaval among the staff saw new appointments necessary and Mr Barry Baskerville was appointed Principal, taking up his position on 5 August, 1974. The School and Parish continued to grow and the need for a larger site for both was investigated.

An opportunity arose to purchase a nine acre site on the corner of Southern River Road and Corfield Street for the sum of $50,000 which was followed through. A School Planning Committee was set up to make firm plans for a new school at the Corfield Street site.

In May 1977, some nine months after the initial submission was presented, the planning committee received news of a grant of $146,000 from the Commonwealth Government which was to be forthcoming. The old church property and school site was sold to the Gosnells City Council for $425,000 to be used for a City Library and Community area. The old wooden church building, built in 1918, and its contents, was removed from the site (transported) as it was seen as a valuable part of the Catholic history of Gosnells and relocated to the Corfield Street site.

An opportunity arose to purchase a nine acre site on the corner of Southern River Road and Corﬁeld Street for the sum of $50,000 which was followed through. A School Planning Committee was set up o make ﬁ rm plans for a new school at the Corﬁeld Street site.

In May 1977, some nine months after the initial submission was presented, the planning committee received news of a grant of $146,000 from the Commonwealth Government which was to be forthcoming. The old church property and school site was sold to the Gosnells City Council for $425,000 to be used for a City Library and Community area. The old wooden church building, built in 918, and its contents, was removed from the site (transported) as it was seen as a valuable part of the Catholic history of Gosnells and relocated to the Corﬁeld Street site.

The first stage of the new St Munchin’s School commenced in 1977, and opened for the academic year in 1978. This housed the students from Years 4 – 7. Students in Years 1 – 3 continued to be accommodated at the old school on Albany Highway until September when the second stage was completed. The official Blessing and Opening ceremonies were performed by the Most Reverend R. J. Healy and Senator the Honourable F. M. Chaney on 19 November, 1978.

The enrolment at St Munchin’s had grown substantially. In 1953, when the original school was opened there were 59 students. In 1978, at the time of the ‘big move’, there were 210 students and almost double that figure by the early nineties.

In 1992, the school was extended to include Pre-Primary classes while in 1999 a Kindergarten was opened to cater for four-year olds. In 2012, Pre-Kindergarten for three-year olds was introduced. Extensive developments to buildings, grounds and facilities have taken place to provide a rich learning environment for the children.

Throughout its history, St. Munchin’s Catholic School has aspired to reflect the influence of the Mercy tradition by imitating the life of Christ and His love for others. Our vision statement for the school has been influenced by our history. In 2002, St Munchin’s celebrated its 50th year of operation. 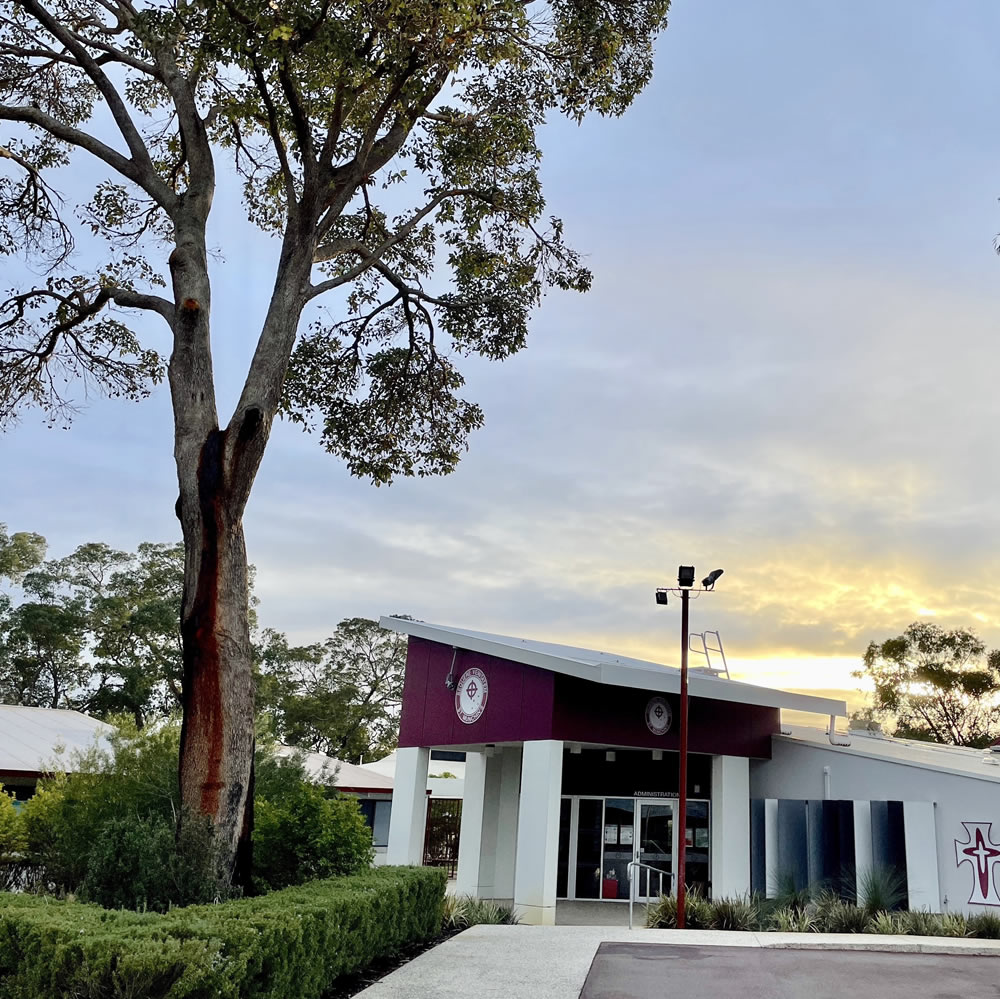 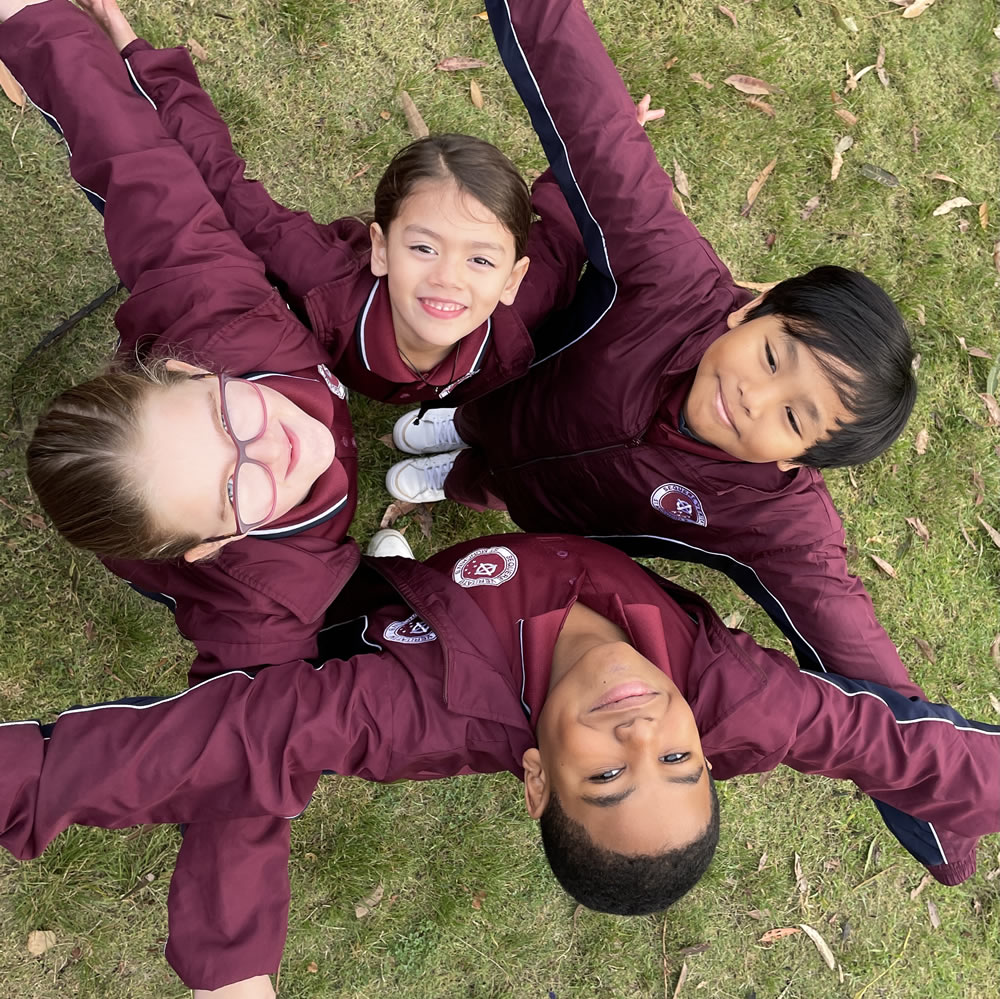